The content in Wordshark ranges from very simple words to challenging sets for able spellers. There are lots of phonics options and you can easily add you own words. 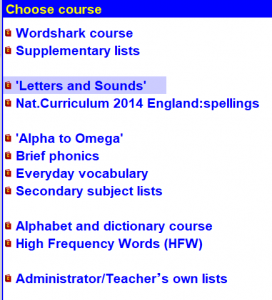 There are over 10,000 pre-recorded words and sentences in Wordshark. These are arranged in ‘courses’:

Alphabet and dictionary – practises single letter sounds and letter names. It also practises the alphabetical ordering of letters and words

‘Alpha to Omega’ based on the popular phonics resource

Adding your own words 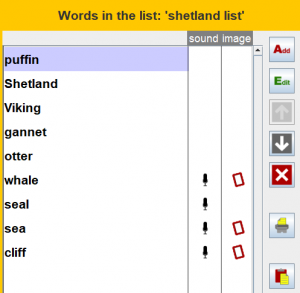 Adding your own words

It’s easy to add your own words and pictures into Wordshark. Here are some examples:

Phonics are an integral part of Wordshark.

The phonics games involve blending sounds to make words as well as segmenting words into sounds and syllables.