Back to blog/newsletter articles 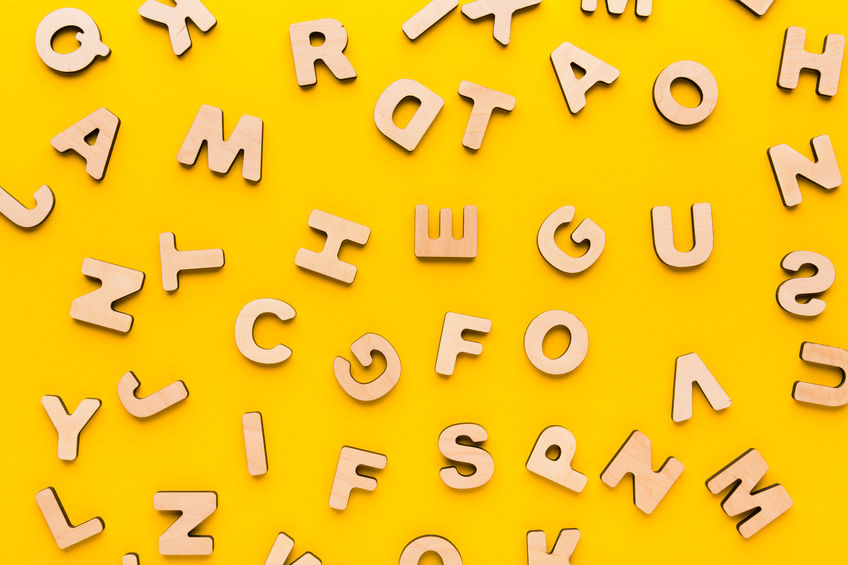 In British classrooms a lot of emphasis is placed on the use of phonics for reading and writing, however, a significant number of English words are not phonetically regular, perhaps as much as 40 percent. In fact, the 44 phonemes in English are made up in 205 different ways. It’s a lot to remember when it comes to trying to spell those words.

All of us at some time will have used different strategies for learning spellings. Usually more than one, as no one method is likely to be sufficient for every variation we come across, so it’s as well to have a few strategies available. Ordinarily spellings would be taught as groups that share rules, such as double letters, but at times pupils might also need to learn topic specific lists with nothing particularly in common except the theme. 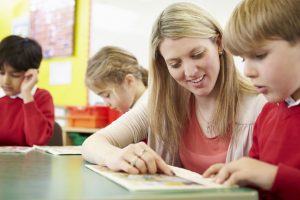 One of the most commonly known is ‘Look, say, cover, write, check,’ which works just as it sounds. Write down the word, or a list of words, to be learnt. Look at it, then say it, next cover it up and try to write it, before finally checking if it is correct. This can be done one word at a time, or with a list of several. This simply relies on the child remembering the spelling and writing it down.

Simply remembering words can be helped by associating them with different places, that is, spots around their environment. Often, when children are learning to read, we label their environment, putting stickers saying, ‘door,’ ‘chair,’ ‘bathroom,’ and so on around the house, then taking the labels down and asking them to put them back in the right place. Subsequently we can use the words as flash cards for reading, but we can also use them as aids for spelling, the youngster thinking where they have seen the word, the memory of the place where they have seen it helping them to recall how it is spelt. Whilst the starting point will be labels on nouns around the immediate environment, this can develop into a way of remembering unconnected, or abstract, words, it is the word in the context of its position that aids recall.

We often ‘segment’ words when we spell, that is breaking them down into their component letters, so ‘cat’ becomes ‘c, a, t,.’ For irregular spellings pupils will find approaches such as, ‘Say it as it is spelt,’ a useful prompt. This is simply a way of highlighting anomalies in order to deal with them. Words such as ‘Wednesday,’ or ‘February’ lend themselves to this approach. As they are written down the learner says, out loud at first, then silently, ‘Wed nes day,’ or ‘Feb ru ary.’ 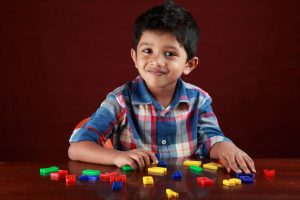 It is a method that could be used in conjunction with another well-known strategy – ‘Chunking.’ Here words are broken down into somewhere between two and four chunks and each bit is memorised separately, before being combined to spell the whole thing. The word, ‘Fascinate,’ could be broken down as fas/ci/nate or maybe fasc/in/ate (it is up to the individual to decide where the splits should be made). Each section is recalled separately, then as one word joined up, and even backwards to aid reinforcement. Over a two or three days the word may well be secure.

Spelling is not just a visual activity, we can use our muscle or ‘motor’ memory to help with recall, too. It is helpful for children to write using cursive script – joined up – rather than print. With the latter they need to remember a word as a sequence  of separate letters. When they write words as a string of connected letters it helps them remember them as such, that is, as one movement, not several. The same can be true of learning to spell whilst learning to touch type. Each word becomes a set of finger movements rather than one letter at a time. It can also help to write in different media, such as wet sand, to put added emphasis on how it feels to write the word. 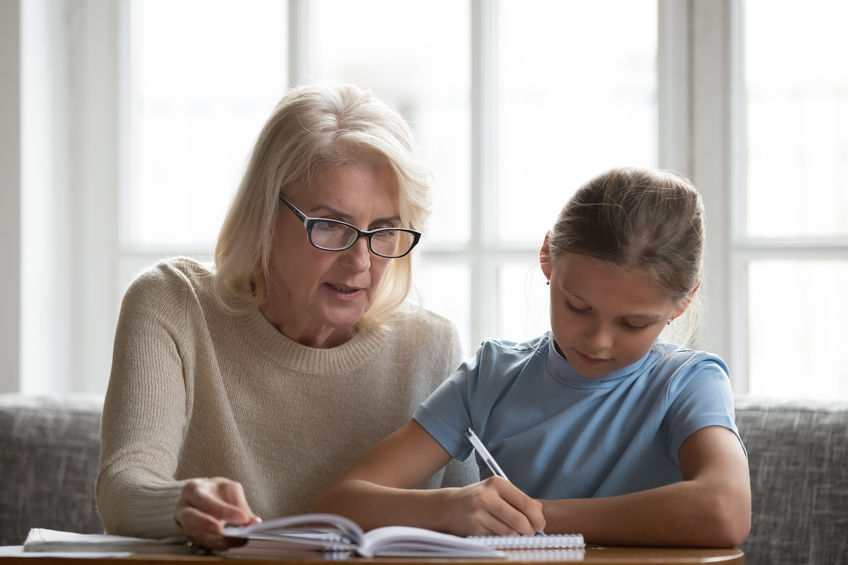 We can also bring additional focus on to words by using them as the basis for drawings, particularly any elements we might find tricky. By looking for what the shape of the letters reminds us of visually it then prompts the memory to recall the letter shape that brought about the initial thought. For instance, when memorising ‘machine’ we might find that the ‘ch’ looks like front wheel and frame of a bicycle. By drawing the word with this included it will help recall.

Another creative technique is to use a mnemonic, where each word in a phrase represents a letter. For instance, the initial letters of ‘Big elephants can always understand small elephants,’ will spell out ‘because.’

Whatever strategies you introduce learners to, it is important to help them decide what works for them, rather than be overly prescriptive. It also helps to keep stress levels low, and to maintain an element of fun. Keeping track of progress can help them appreciate their achievements, as can simple rewards such as a sticker, or colouring in a star on a chart. An element of competition can be useful, but primarily this should be about setting and recognising personal challenges, such as doing one more word than last week, or writing a list down more quickly.

Although the challenge of learning to spell accurately will, for some pupils, prove a considerable challenge, the skills and strategies developed will doubtless prove useful in other curriculum areas, not least when it comes to modern foreign languages.

The case for typing in the curriculum